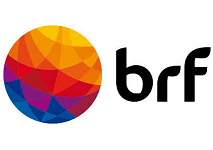 BRF, the Brazilian meat and poultry firm, is investing $120 million to open a chicken processing plant in Saudi Arabia to strengthen its Middle East presence, according to a Reuters report.

The investment underlines BRF’s goal to remain a leading supplier to countries of the Gulf, BRF chief financial officer Carlos Moura is quoted as saying. The company currently operates a facility in Abu Dhabi (UAE) serving the region, in addition to eight plants in Brazil.

The new factory is set to begin operation by the end of 2021 and will reportedly produce breaded and marinated products and burgers, alongisde other products. Annual production capacity will be 50,000 tonnes per year, with the majority of the output destined for the Saudi market.

The precise location of the factory will be determined in due course, BRF said.