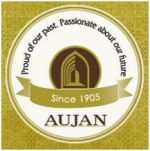 The Saudia Arabian beverage company Aujan Coca-Cola Beverages is to invest in the region of $100 million to construct a new fruit juice facility in Egypt, Reuters reports. The investment will cover the cost of both the land and the construction, with the facility due to be commissioned between 2016 and 2017.

Aujan has previously spent a similar sum investing in food and beverages from across the Middle East region and has also agreed to buy a majority stake in Lebanon’s National Beverage Company.

“Right now, the biggest challenge for investing in Egypt would be infrastructure. They’ve realised this and they’re working seriously on addressing the gaps,” said Meshal Alkadeeb, vice president of strategy and business development for Aujan. He added: “We’re talking about utilities. Water is very important and you need to make sure you get electricity for a food factory. Packaging and wrapping material in our industry is also a challenge as well as the facilities that allow you to export and re-export.”

According to Reuters, Aujan – which is half-owned by Coca-Cola – sees Egypt as a regional hub, and the aim is for the new facility to meet demand in markets such as Algeria and Libya.