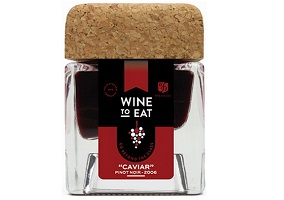 Portuguese company Sapientia Romanade has developed a range of “edible wine” products that are being launched under the Wine To Eat brand, according to media reports.

The line comprises wine ‘caviar’, jam and chocolate made variously of port wine, muscat, and monovarietal wine grapes such as Touriga Nacional, Pinot Noir and Chardonnay.

According to Revista da Industria Alimentar, the products are designed to smell and taste just like wine and to maintain the qualities of each grape variety, but do not contain alcohol. Developed by Chef Antonio Mauritti, they are described as being inspired based on the priniciples of molecular gastronomy.

Initially the products will be exported to international markets such as France, Luxemburg, Sweeden and Switzerland. The range will also be available in Portugal in gourmet shops, delicatessens and wine shops, as well as online.