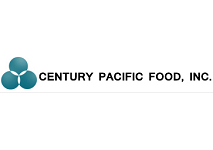 Century Pacific, a seafood processor, is setting up a new plant in General Santos City to cater for growing demand for tuna, according to a report in the Philippine Star.

The firm, which enjoys a market leading position in canned fish in its domestic market, said the move was in line with its efforts to grow its business by 10 to 15% over the next 10 years. Funding from the project will come from a 1.5 – 1.8 billion PHP ($28 – $34 million) pot set aside by Century Pacific for capital expenditure this year.

Elaborating on the plans, Century Pacific executive chairman Christopher Po said the new plant would have production capacity of between 50 and 100 tonnes. The firm’s current total capacity is between 300 and 350 tonnes, of which 90% is utilized, he added.

The new plant is set to meet growing demand for the firm’s tuna products over the next three to five years. Presently, tuna accounts for 40-50% of Century Pacific’s total business.