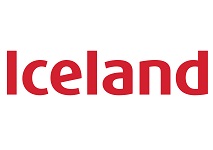 Frozen foods retailer Iceland has opened its first two stores in Norway and is now looking for new sites in the country in which to expand, the company has announced.

The UK-based chain, which already has a moderate presence in international markets, opened its first store in Norway at the end of May, located in a 280 sq m unit in Asker. Containing a total of 33 freezer cabinets, the store stocks a range of Iceland’s own label frozen food and other groceries, as well as a selection of locally produced products, and is being operated by Iceland’s franchise partner Ice Nordic.

A second store, sited in Larvik, Vestfold was scheduled to launch in early June.

Commenting on the new venture, Iceland Group operations director Ewan McMahon said: “It was great to see the new store receive such a hugely enthusiastic response, with sales on the first day far exceeding expectations. It was particularly pleasing to see so many young people in the store, and to experience everyone’s very positive reaction to our iconic Iceland frozen food range”.

Ice Nordic is now seeking further sites across Norway, in line with its “ambitious plans for expansion”, Iceland said.