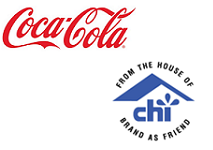 Coca-Cola has announced it has taken full ownership of Chi, described as Africa’s leading producer of juice and value-added dairy drinks.

The soft drinks giant had previously taken a 40% stake in the Nigerian firm, with provision to increase equity investment to 100% within three years. The deal “further signals Coca-Cola’s optimism about Africa’s consumer opportunity and a commitment to its long-term investment and growth plan on the continent”, Coca-Cola said in a statement.

Founded in Lagos in 1980, Chi produces juice under the Chivita brand and value-added dairy under the Hollandia brand, among many other products.

Commenting on the deal, Peter Njonjo, president of Coca-Cola’s West Africa business unit, said: “Coca-Cola is continuing to evolve as a total beverage company, and Chi’s diverse range of beverages perfectly complements our existing portfolio, enabling us to accelerate expansion into new categories and grow our business in Africa. We will support the Chi management team in building on the company’s remarkable heritage and  achievements, while using the scale of the Coca-Cola system to replicate their success in more markets across Africa”.