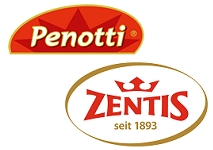 Zentis, the fruit and preserves firm, has announced plans to take full control of chocolate spread maker Peeters over the coming years.

The German jam maker said it had increased its stake in Peeters in July from 37 to 50%, and intended to acquire 100% of the shares in the business by January 2021. The move would fully integrate Peeters, which markets the Penotti chocolate spread brand, as a Zentis subsidiary company.

Zentis and Peeters have been working as partners since 2016, when the latter began manufacturing the former’s Belmandel and Nusspli brands of chocolate and nut butters at its production site in Rosendaal, Netherlands.

Zentis said that, having strengthened its interest in Peeters, it now intended to immediately boost its activities in the chocolate spread and nut butter categories, targeting B2B as well as B2C channels. The deal will ultimately make the combined business one of Europe’s top three manufacturers of chocolate spread, the firm added.