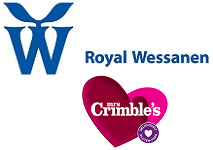 Established since 1979, Mrs Crimble’s is the UK’s brand leader in the gluten-free market, producing macaroons and a broad range of other gluten-free products. The firm’s net revenue amounted to £12.7 million ($16.7 million) in 2015.

Wessanen said that the majority of Mrs’ Crimble’s sales were in “sweet-in-between” products, a core category for Wessanen itself, and that Mrs Crimble’s was expected to benefit from the growth in popularity of gluten-free products and demand from both consumers and retailers.

Commenting on the acquisition, Wessanen CEO Christophe Barnouin said: “The acquisition of Mrs Crimbles is a further step in the execution of our strategy. The brand has great knowledge in gluten-free “sweet-in-between” products and a strong base in the UK.  This acquisition will further strengthen our operations in the UK market and gives us an entry into a strategic growth segment”.