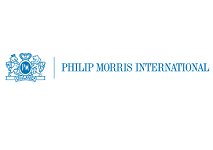 The company said the decision was down to dwindling demand for traditional smoking products in Europe because of an increase in health awareness, a weak economy and higher taxes on smoking products.

The closure will result in 1,230 job losses, but production will be shifted to other factories in Europe with spare capacity. The plans announced still require approval from the Philip Morris supervisory board in the Netherlands and will be discussed with labour unions.

Last year PMI said it would enter the fast-growing market for electronic cigarettes and accelerate plans for other alternative products.