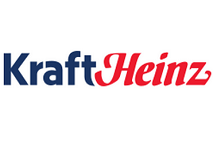 KraftHeinz, the US consumer goods giant, is said to be buying back a plant it previously owned in Utrecht, Netherlands, reportedly over fears the factory was headed for bankruptcy.

According to an article in Levensmiddelenkrant (quoting ANP), a trade union leader familiar with the matter said expected growth at the plant had not materialized, and 90 jobs had been under threat.

KraftHeinz sold its drinks, bread toppings and breakfast cereal facility in Utrecht to the investment fund Livia (via its portfolio company Coflace Food) in late 2016. At the time, the basic agreement was said to include a co-pack arrangement by which Coflace Food would manufacture goods for brand lines such as Rosvicee and Karan Cevitam drinks, De Ruijter and Venz chocolate sprinkles, as well as Brinta breakfast cereals on behalf of Kraft Heinz.