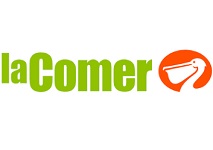 Mexican supermarket chain La Comer has announced plans to expand the chain to 100 new stores by 2022, according to a Forbes article.

The announcement was made at a launch event for the chain’s C’est la Vie campaign, which will see more than 3,500 French products offered in the chain’s stores.

Rogelio Garza, director of administration and finance of La Comer, said: “We are confident that Mexico has good potential. Consumer growth is positive, and despite some global political and economic issues that could affect consumption for good or bad, we believe that the country has good potential”.

La Comer currently operates 63 stores, comprising 30 under the La Comer banner, 13 Sumesa, 10 City Market and 10 Fresko stores. The chain will focus its growth on the latter two banners, planning to open between 8 and 10 stores annually over the next four years.