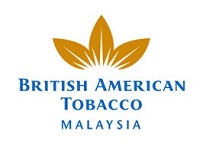 However, the domestic market income has been impacted by year-on-year volume decline.

The company’s leading brand – Dunhill – recorded a 1.3% increase in market share, due to growth across almost all its variants.

“We had a solid performance for 2013. However, in light of the challenging economic environment and the spectre of illegal cigarette hanging over our business, we are preparing ourselves for a tough 2014,” concluded Stefano Clini, Managing Director of the company.