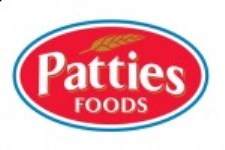 Patties Foods (Patties), the maker of Australia’s best known pie, Four’N Twenty, has announced that its revenue increased by only 0.9 per cent for the first half of the 2014 financial year.

Australian Food News stated that the company’s results were heavily impacted by of the loss of a major supermarket private label contract.

Patties Acting Joint CEO Michael Knaap said that, “whilst conditions have been challenging, we continue to see opportunities for improvement in many areas and remain focused to deliver improved earnings.”

Tim Peters, fellow Acting Joint CEO added: “We are continuing to grow and protect our core iconic brands and their market leading positions. We have heightened our focus to innovate high quality products to create consumer demand and are excited by the plans in place for the next twelve months”.