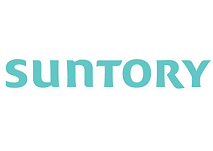 Suntory Holding Ltd has announced that it is to acquire spirits company Beam Inc. in a multi-billion dollar deal.

The acquisition, worth $13.6b billion, will making Suntory Holding the third largest spirit maker in Japan and the fifth largest whisky company by volume, according to International Wine and Spirit Research. With the inclusion of Beam’s debt, the total deal value will be in the region of $16 billion.

With Beam added to its portfolio, the Suntory spirits line-up is set to include Midori liqueur, Jim Beam and Makers Mark bourbon, Courvoisier cognac, Sauza tequila, and Suntory Yamazki, Hakushu Hibiki and Kakubin Japanese whiskies. The acquisition of Beam will also expand Suntory’s reach in emerging markets such as India, Russian and Brazil. The combined company is estimated to generate annual sales of about 4.3 billion and will boost Suntory’s market share in the US to around 11%, according to sources.

The deal comes against a backdrop of significant growth for ‘brown spirits’ such as whiskey. Sales by volume of bourbon and Tennessee whiskey are reported to have increased by 13.2% in the five years to 2012, while super-premium brands have grown nearly 80% over the same period, according to the Distilled Spirits Council of the United States.