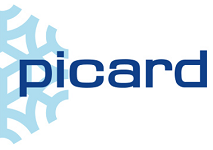 Picard, the French frozen food retailer, has made a definitive step into the Far East market with the opening of its first store in Japan, according to a report in Les Echos.

Described as being located in an upmarket area of Tokyo, the new store has been launched in partnership with Japanese retail group Aeon, via a subsidiary called Aeon Saveur, and is reportedly a first step in a planned wider expansion into Asia.

Picard had previously partnered with Aeon to stock popular items from its range in Aeon stores. The pilot move saw a special section given over to around 50 Picard items including appetizers and main meals.

Speaking about the move, Picard international director Stefano Moretti said: “We are not looking to replace Japanese products, but instead to provide a complementary offering in a country that values quality and food safety”.

Commenting on Picard’s previous foray into Japan, Michiko Ono, president of Aeon Saveur, said: “Foie gras, croissants, petits fours and margherita pizzas have been especially strong”, adding: “We are finding that the Picard brand is attractive to a ‘gourmet’ clientele, from across the generations, with an appreciation for French cuisine”.

LSA reports that three further Asian stores are in the pipeline and are scheduled to open before the end of 2016.