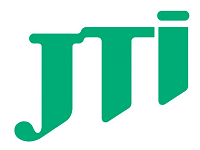 Japan Tobacco has bought a stake in Russian tobacco distributor Megapolis. The 20% stake was reportedly acquired for more than $750 million, with another $100 million tied to Megapolis’s “operational performance”.

The investment by Japan Tobacco is designed to enable it to further penetrate the Russian tobacco market, the second biggest in the world behind China. Megapolis has 70% share of Russia’s distribution market and delivered more than 260 billion cigarettes in 2012, Japan Tobacco stated. A spokesperson is quoted as saying that the deal will “strengthen the long-term relationship between the JT Group and Megapolis”.

The move by Japan Tobacco comes as it struggles with a decline in demand in its domestic market. Figures previously released by the company showed a decline in adult smokers to 21% of the population, down from 25% in 2009. Recently the firm announced a cut of 20% to its workforce in its core tobacco business, and the closure of four facilities in Japan.

Meanwhile, in a separate announcement, Philip Morris reported that it had also bought a 20% stake in Megapolis, on similar terms to Japan Tobacco.