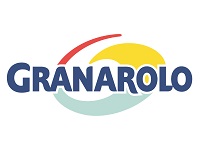 Compagnie du Forum is the holding company of the Codipal group which is active in  the dairy market in France, in particular through its Costa Azzurra brand. In 2013, it achieved sales of around €115 million ($154 million), showing positive growth over the previous year.

Granarolo, which already held 70% of the French dairy firm, said the move formed part of its 2012-16 strategic plan which was focused on developing an international presence that would allow export sales to account for 30% of its business by the end of 2016.

“The closing of of this acquisition consolidates  the position of our group in France”, said Gianpiero Calzolari, president of Granarolo. “Codipal has done an excellent job in increasing the appreciation of Italian cheeses across Europe  and 2013’s positive results validate the decision to focus on these markets”.