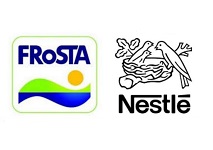 German frozen food company Frosta has announced that it has started conversations to take over certain of Nestle’s frozen food brands in Italy.

“Frosta has entered into exclusive contractual negotiations with Nestle. The subject of negotiation is the sales business including the trademark rights for the La Valle Degli Orti, Mare Fresco and Surgela [brands] for the Italian market”, the German group said in statement.

Last June, Nestle sold six confectionery brands and a biscuit brand in Italy as part of a strategy to divest pars of its product range that were not core for the business.

Frosta, which has an annual turnover of €440 million (£375 million), has an established presence in Germany, Poland and Hungary, and in several other eastern and middle European countries.

The company said it was now evaluating if the acquisition could be beneficial for the business.