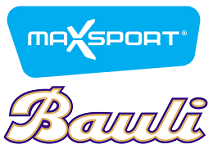 Bauli, the Italian bakery firm, is expanding into the sports nutrition market with the acquisition of a majority stake in Slovakian supplement firm MaxSport, according to a report in Startitup.

MaxSport, which markets products such as pasta, protein shakes, nut butter, protein snacks and snack bars in the Czech Republic, Slovakia and over 30 other countries, reportedly does not have its own manufacturing facilities but relies on third party producers.  Its sales volumes last year were said to be in the order of 1,000 tonnes,  with snack bars accounting for around 400 tonnes. Its value sales, meanwhile, were claimed to be around €9 million ($10 million).

MaxSport said it intended to use the “strategic” investment to further expand internationally.

Based in Verona, Bauli is predominantly known for cakes, croissants and its line of seasonal products, such as the traditional Italian Christmas cake panettone.