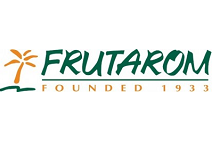 Israeli flavour and fragrance company Frutarom has announced that it has signed an agreement to acquire 100% of the shares of Austrian flavouring company Sagema and German company Wiberg for an approximate total of $130.4 million.

The purchases, said to be Frutarom’s largest to date, follows a total of 12 acquisitions over the course of 2015.

Wiberg is a flavouring firm within the savoury solutions sector that includes flavour extracts, seasoning blends and functional ingredients for the food industry, with a special emphasis on processed meats and convenience foods. The company employs around 670 people worldwide and has productions facilities in Germany, Austria, Turkey, Canada and the US, as well as sales platforms in 70 countries with a presence in Europe, North America, Africa and Asia.

Announcing the acqusition in a statement, Frutarom said the transaction would be financed using bank debt with completion dependent on approval from Austrian and German antitrust authorities, expected to be granted at the beginning of 2016.

Frutarom group president Ori Yehudai commented: “The Wiberg acquisition is the largest strategic acquisition we have carried out so far and the first we’ll be carrying through in 2016. This acquisition constitutes an important milestone for Frutarom Group’s continuing implementation of its rapid growth strategy and the realization of its vision ‘to be the preferred partner for tasty and healthy success’ while establishing our position as one of the world’s largest, foremost and fastest growing companies in the fields of taste and health”.