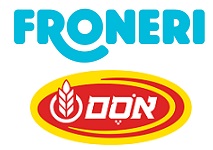 Froneri, the UK ice cream manufacturer formed by the merger of the Nestle and R&R ice cream business, has announced its expansion into Israel with the acquisition of Noga Ice Creams, owned by Nestle-owned business Osem, one of the largest food manufacturers and distributors in Israel.

Commenting on the news, Froneri CEO Ibrahim Najaf said: “We’re very excited to be building on the strengths of our existing joint venture with Nestlé. By entering Israel we’re continuing to realise our vision of becoming the world’s best ice cream company. Our consumers are at the heart of our business and we intend to invest in the local brands, products and flavours that Nestlé has been exciting the market with for over 20 years”.

Nestle CEO Zone Europe, Middle East and North Africa Marco Settembri added: “With its continued growth and global prominence in the ice cream market, Froneri’s success speaks for itself. This milestone deal marks the final stage of the transition of our EMENA ice cream businesses into Froneri, further strengthening its presence in the region”.

Froneri  said the acquisition would also bring all of the Nestle Europe, Middle East & North Africa ice cream businesses into the Froneri group for the first time.