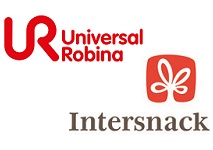 Intersnack, the Germany based-snack giant, has acquired a 40% stake in Universal Robina’s  Australia and New Zealand business URC Oceania, according to ESM and Inquirer.net reports.

The partnership is intended to boost the two companies’ presence in the region’s snack food market. Intersnack will reportedly pay for the transaction through a combination of cash and shares in Yarra Valley Snack Foods, the company’s natural snack food unit in Australia.

In a disclosure to the Philippine Stock Exchange, Universal Robina said: “Leveraging on URC and Intersnack’s knowhow from their respective markets will yield best practices in manufacturing, supply chain and sustainability practices, setting the groundwork for an even larger and more efficient Oceania operations”.

“Through this transaction, URC monetizes some of the synergies it has generated from its early investments in Australia and New Zealand (ANZ), while still retaining control and its ability to further create value within and beyond ANZ”, the company added.