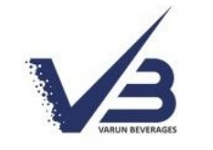 Varun Beverages, the Indian soft drinks firm, is expanding production capacity in Africa with the inauguration of the second phase of its bottling plant in the Zimbabwean capital Harare, according to a report in Food Businesss Africa.

Commenting on the investment, Varun Beverages chairman Ravi Jaipuria said: “The additional line with 600 bottles per minute capacity, can line with the 400 cans per minute capacity and husky line to ensure backward integration to reduce foreign currency requirement by reducing import value by conversion of resin to preform in-house using husky plant”.

Alongside 10 bottling plants in India, Varun Beverages’ Asian operations include factories in Sri Lanka and Nepal. In Africa, it has plants in Morocco, Mozambique and Zambia, as well as Zimbabwe.