India: USL moves out of FABs 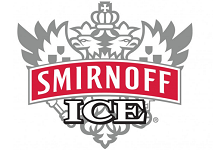 USL, a subsidiary of Diageo operating in India, has taken the strategic decision to move out of the FAB market due to lack of scale in domestic RTD sales, according to reports in the Economic Times and the Times of India.

Premixed vodka drink Smirnoff Ice was launched by USL to challenge Bacardi Breezer, which is said to currently enjoy more than 90% share of the Indian  FAB market.

According to reports, the decision to discontinue Smirnoff Ice comes in spite of category growth and innovation in the market. 330 ml FAB multipacks are said to have seen 23% compound annual growth over the last four years, while, at the product level, Radico Khaitan has extended its Magic Moments vodka into the segment under Electra brand and, in 2012, Bacardi introduced a new pre-mixed product under the name Bacardi Plus.

A  USL spokesperson is quoted as saying: “Based on our learnings, we are reviewing our product and pricing strategy around this important innovation platform to ensure that it has a ‘scale’ play in the RTD category in the near future. RTD is a big driver for Smirnoff’s growth in its biggest markets, US and UK”.