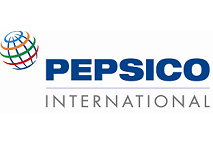 Global food and drinks firm PepsiCo is aiming to expand its position in the Indian snacks market with the launch of various new products for different market segments, according to reports in Just Food, the Economic Times and Restaurant India.  The company is said to be planning to launch both mass market and more niche products in order to compete with regional players.

Under the Lay’s brand, the firm is introducing the two new sub brands Lay’s Crispz and Lay’s Twitz, lines which will initially be introduced in tier-II and tier-III Indian cities at a price of 5 and 20 INR ($0.07 and $0.30) respectively. Last year PepsiCo India had also rolled out Lay’s Maxx in the flavours Sizzling Barbecue and Macho Chilli at 15 and 30 INR ($0.22 and $0.44) each.

Meanwhile, PepsiCo is also said to be introducing the international tortilla chip brand Dorito’s to the premium segment. Presently the brand is being imported in two varieties and will be available at a price of 25 INR ($0.37) for 40g and 100 INR ($1.48) for 150g.

PepsiCo said: “Within snacks in India, tortilla chips represent a nascent but fast growing category and the consumer response to our recent launches gives us reason to believe that there is a definite market for such products in India”.