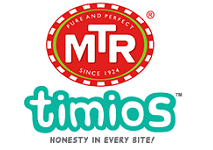 MTR Foods, the Indian food manufacturer that is part of the Orkla group, is making an investment in the children’s food maker FirmRoots, according to a report in the Economic Times.

The deal is the first to be concluded as part of Orkla’s 50 crore INR ($7.4 million) MTR Seed Fund, established last year to invest mostly in food-tech start ups in India. The amount of the stake and the deal value were not disclosed.

Bangalore-based FirmRoots markets a product range under the Timios brand that is aimed at children aged between 6 months and 12 years. The range is promoted as containing “100% natural ingredients” and predominantly comprises plant-based energy bars and snack foods, as well as breakfast cereal.

Commenting on the deal, MTR Foods CEO Sanjay Sharma, said:”As the first investment from the seed fund – FirmRoots is a great start, as the company has brought forth a range of snacking products that are apt for the nutritional needs of children – a space that is hitherto untapped. We are pleased to be their partner in their journey”.