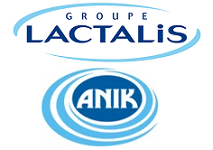 Lactalis, the French dairy multinational, has agreed a deal to acquire the dairy business of Indian firm Anik Industries, according to reports in Just Food and Les Echos.

Subject to competition clearance, the deal, which is valued at 4.7 billion INR ($70.6 million), is expected to be concluded within the space of four months.

The acquisition includes two plants, one located in Bhopal in Madya Pradesh and the second in Etar in Uttar Pradesh, manufacturing goods such as butter, milk powder and other dairy products.

Anik is Lactalis’s second dairy acquisition in India, the world’s leading producer of milk products, in a matter of years. In 2014 the firm purchased local dairy manufacturer Tirumala, which generated  in the order of $280 million from its seven factories in 2015.