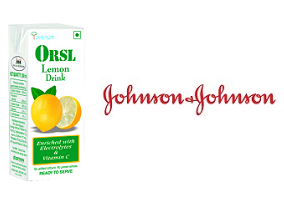 According to the terms of the deal,  Jagdale Industries will provide transition services in the area of manufacturing, detailing and distribution of its flagship ORSL health drink. ORSL is described as a a patented fruit based electrolyte energy drink that is well known in India and is said to be recommended by healthcare practitioners for its replenishment benefits.

“This acquisition will allow us to expand our consumer health care offerings in line with our vision of helping consumers lead healthy vibrant lives”,  Thibaut Mongon, company group chairman Johnson and Johnson Asia Pacific, is reported as saying.

Although the financial terms of the deal have not bee disclosed, a source directly involved in the transaction revealed to Reuters that the acquisition had cost Johnson & Johnson approximately 7.5 billion rupees ($121.69 million).