India: Carlsberg to establish a new brewery in Karnataka 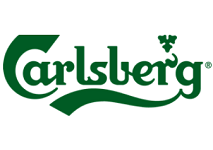 The Indian arm of global beer giant Carlsberg has announced that it has set up a new brewery in the state of Karnataka to further strengthen its capacity in the southern region of India.

The new brewery will take Carlsberg’s total production facilities in India to eight.

The “state-of-the-art brewery” is described as extending over 27.1 acres of land, with a green area of 48,000 sqm. Located in Nanjangud Taluka, near Mysuru, the facility will have an annual production capacity of 80 million litres. It will manufacture all brands in Carlsberg India’s portfolio and will be equipped with efficient and environmental friendly facilities, Carlsberg added.

“The establishment of this new brewery is an aspirational step to further strengthen Carlsberg India’s significant growth opportunity in the state [of Karnataka”, Carlsberg said.

India: Carlsberg to establish a new brewery in Karnataka - Gama