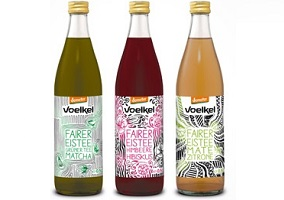 Certified by the Fair Trade Sustainability Alliance, the new ice teas are described as being the result of alliances with local producers from across the world – namely Egypt, Japan and Argentina.

The first of these is a raspberry & hibiscus tea sourced through an alliance with the Egyptian production SEKEM, which is described as being “wonderfully fruity” and not too sweet.

Meanwhile the second variety, Japanese green tea matcha, is produced by Japanese organic tea specialist Aiya. The third variety in the range is mate lemon, the dry mate leaves for which are sourced from the Argentinean tea company Kraus.