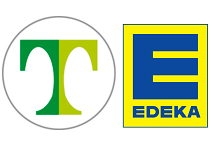 German retail chain Tengelmann, which is active in sectors including groceries, textiles and DIY, has announced that it is to sell off the entirety of its supermarket business to rival Edeka.

Previously, Tengelmann had announced that its supermarket arm, which operates under the name Kaiser’s Tengelmann, was to undergo a thorough analysis and that different courses of actions were to be considered. The business, which operates 451 stores,  employs 15,958 staff and has a net turnover of €1.8 billion ($2.3 billion), had been in the red for years, the company said.

“The result of the analysis was painfully clear”, said Karl-Erivan W. Haub, Managing Partner of the Tengelmann Group. “Unfortunately, we can no longer see any way of turning our supermarkets into a profitable business with the resources available to us. With a market share of 0.6 per cent, our supermarkets are too small to give us a chance on the market”.

Tengelmann said that Edeka would also be taking over the online subsidiary Tengelmann E-Stores GmbH (Plus.de and GartenXXL.de) with the aim of integrating it into the organisation of the Edeka subsidiary Netto Marken-Discount. “Under the umbrella of Netto, which is a multichannel provider, our online shop will have considerably better chances on the market than it does today as a pure player”, added Haub.