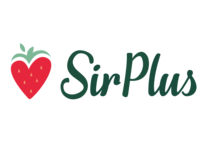 Sir Plus, a German start-up firm, has announced the opening of its first retail store dedicated to the sale of ‘surplus’ food from manufacturers and distributors.

Located in the Charlottenburg area of Berlin, the new store is set to market a range of fruit, vegetables, drinks and other groceries at “a significant saving compared to the usual prices found in supermarkets”, the company claimed in a statement.

The company said its mission was to tackle the estimated 50% of food across Europe that is wasted, despite often still being fit for consumption.

As well as a bricks and mortar presence, Sir Plus said it would be partnering with logistics firm Liefery to offer delivery services initially in Berlin and later across the whole of Germany.

The firm said it had plans to open a further outlet in 2018, with the aim of establishing a network of stores across Germany, Austria and Switzerland over the next five years, primarily on a franchise basis.