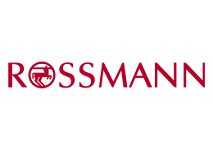 Rossmann, the German personal and household care retailer, has announced plans to open a further 250 stores in 2017 with an investment of around €225 million ($235 million).

The plans foresee 110 new locations for the German market, where Rossmann’s network of shops stood at 2,055 as of the end of 2016, figures from the company reveal. Outside Germany, Rossmann now operates 1,572 stores in a number of European countries, predominantly in Poland as well as in Hungary, the Czech Republic, Albania and Turkey.

The expansion plans come on the back of a year of record revenues, according to the company, with annual sales exceeding €8 billion for the first time – an increase of 6.3% on 2015.

The announcement marks the latest in a significant expansion strategy for the German firm, which in December 2015 unveiled plans for 500 new store openings to take its domestic network beyond 2,000 stores.