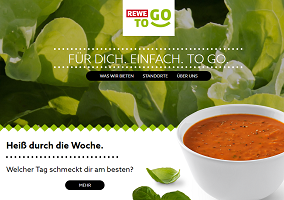 The German supermarket chain Rewe is set to open a new line of convenience stores under the Rewe To Go name, to be located at Aral petrol stations.

According to an article in Die Welt, the chain will comprise around 1,000 stores stocking a wider range of products than most petrol station stores. The product range is set to include breakfast cereal, spreads, pasta, sauces, canned food, spices and vegetable oils, alongside hot and cold dishes including sandwiches, chicken, wraps, sushi, sliced fruit, salads, soups, desserts,  fresh meat, fruit and vegetables.

According to the Die Welt article, a pilot launch of the chain involved selling products at lower prices than typical petrol station stores, albeit still above that of the average larger supemarket.