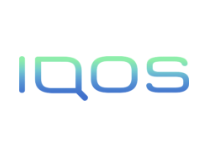 Philip Morris, the leading tobacco firm, has announced plans to construct a new facility in Germany for the manufacture of smoke-free cigarettes.

The result of a €290 million ($323 million) investment, the new plant will manufacture the firm’s IQOS brand of tobacco steaks that “uses revolutionary technology that heats tobacco without burning it, giving you the true taste of tobacco with no smoke, no ash and less smell”.

According to company information, IQOS, which was launched at the end of 2016, comes as a holder featuring a heating blade made of gold and platinum coated in ceramic, into which a specially designed tobacco stick can be inserted, vapourising the tobacco rather than burning it.

According to a report in Manager Magazine, the new plant will have a workforce of 500 by 2019 and will be sited in Dresden, next to a facility currently producing the F6 brand of cigarettes.

Commenting on the move, Stacey Kennedy, managing director of Philip Morris in the Germany & Austria region, said: “This investment is an essential milestone on the way to a smokefree future”.