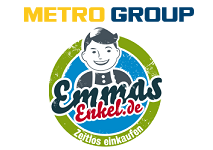 Retail group Metro is to take a majority stake in ethical grocery retailer Emmas Enkel, according to an ESM article quoting Lebensmittel Zeitung.

The Germany-based multinational wholesaler is said to be upping its stake in Emmas Enkel  from 15% to 93%, having first invested in the Dusseldorf-based firm at the end 2014.

Emmas Enkel operates both e-commerce and bricks and mortar stores, the latter located in major German cities such as Cologne, Dusseldorf, Dortmund  and Berlin.  The firm has a selection of around 3,500 products that can be ordered online for delivery the same day. Among other things, the chain promises reduced packaging, a focus on regional produce and innovations, and  “guaranteed freshness”

Commenting on the move, a Metro spokesperson quoted by Lebensmittel Zeitung said that Emmas Enkel would represent a platform for digital innovation within the group, in addition to providing a fit with the firm’s online growth strategy.