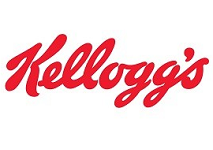 Global cereal and snacks firm Kellogg is to shut its production plant in Bremen, Germany, according to a report in the Weser Kurier.

The factory, which is said to be Kellogg’s only manufacturing facility in Germany, largely produces breakfast foods including corn flakes and extruded cereals, and employs around 250 staff. Production at the facility has reportedly declined from 72,000 tonnes annually five years ago, to 50-52,000 tonnes currently. Previously, the firm had also relocated its North European headquarters from Bremen to Hamburg as part of a merger of its Nordics and Germanics divisions.

Confirming the reports, a company spokesperson is quoted by Lebensmittel Praxis as saying: “We are planning a step-by-step scaling back from July 2017 to February 2018”.

The closure of the Bremen plant would leave only Valls in Spain, Manchester and Wrexham in the UK and Kutno in Poland (where Pringles snacks are produced) as Kellogg’s production sites in Europe, the Weser Kurier reports.