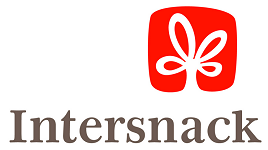 Scandinavian snack products manufacturer Estrella Maarud has been sold to the German Intersnack Group, according to media reports.

Estrella Maarud is a major Scandinavian manufacturer of salted snacks and owns leading brands include Maarud in Norway, Estrella  in Sweden, Finland and the Baltics, and Taffel in Denmark. Headquartered in Oslo, the company has manufacturing facilities in Disena (Norway), Angered (Sweden) and Kaunas (Lithuania).

Acquired  as part of a carve-out from Kraft Group in October 2008 by the private equity fund Herkules, Estrella Maarud has  established itself as an independent company, generating €130 million ($177 million) in revenue in 2013 and employing approximately 430 staff. Private equity firm Argentum also reports that the company recorded top line growth of 7% in both 2012 and 2013, far outperforming most of its peers in the Nordic grocery sector.

Financial terms of the deal have not been disclosed.