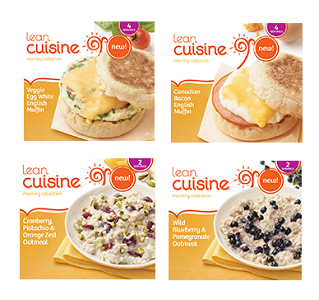 Nestle is aiming to capitalize on growth in the snack and breakfast food markets in the USA  by launching new items under its Lean Cuisine and Stouffer’s brands, Just Food reports.

The move is part of an attempt by Nestle to revitalise frozen sales by focusing on growth categories. According to data quoted by Just Food, while frozen foods in the US have seen sales decline over the last two years, frozen breakfast and snack products have recorded modest growth. Nestle is now hoping to leverage its leading positions in frozen foods by moving the Lean Cuisine and Stouffer’s brands into these areas.

The new products unveiled for Lean Cuisine come under the banner Morning Collection and include English Muffins in varieties such as Veggie Egg White, Canadian Bacon, and Turkey Sausage, as well as Oatmeal in the varieties Cranberry Pistachio & Orange Zest, Apple Cinnamon & Almond and Wild Blueberry & Pomegranate. Meanwhile the Stouffer’s brand is seeing the introductions of a Morning Classics range including products such as Sausage & Egg Scramble.