Germany: Frosta to display country of origin information for ingredients 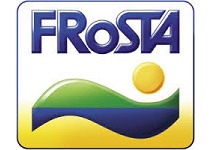 German frozen food firm Frosta has revealed that it intends to modify its product packaging to display the country of origin for each of the ingredients used in its formulations, according to reports in Kreis Zeitung and Focus.

Despite pressure from lobby groups, many food companies have previously resisted attempts to compel producers to list the origin of individual ingredients, arguing that this would be too costly and too complex to implement.

However Frosta now maintains that such a move would not be difficult and is also in line with consumer expectations. It points out that current legislation already obligates producers to reveal the country of origin for fresh fruit, vegetables, meat and eggs, and these requirements only cease to apply once these products undergo processing.

“The costs are manageable”, commented Frosta CEO Felix Ahlers in an interview with German magazine Spiegel. “We now print our ingredients list directly on the ready-prepared packaging, so the cost implication is just a few cents per pack”.