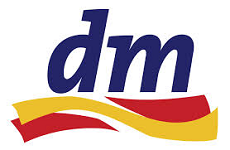 Fresh from recording record annual turnover, German health & beauty and household retailer Drogerie-Markt (DM) has set its sights on an aggressive programme of expansion, according to Lebensmittel Praxis.

At the end of its financial year, DM recorded revenue of €7.69 billion across the group, an increase of 11.9% over the previous financial year. In Germany alone, where the chain has some 1,480 stores, turnover reached €5.84 billion, up 14.3% on the previous year. Over the next year, DM plans an investment of some €230 million in around 150 new outlets across Germany.

DM has arguably benefitted from the collapse of one of its fiercest rivals, Schlecker, which filed for bankruptcy in June 2012 with the closure of the majority of its stores across Germany.

According to Lebensmittel Praxis, DM CEO Erich Harsch prefers to attribute the company’s success in large part to consumer satisfaction, stating that consumers are increasingly opting for the sound advice that specialist retailers can offer.