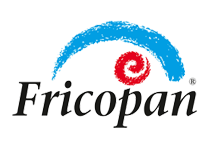 Aryzta, the Switzerland-based frozen bakery multinational, is to close its Fricopan plant in Immekath, Saxony-Anhalt, Germany with the loss of up to 508 jobs, according to reports in the German media.

Founded in 1992, Fricopan predominantly manufactures lines of French-style bread products such as baguettes, in addition to speciality breads and rolls. The firm operates in wholesale, foodservice and retail channels, including producing private label goods for retailers.

Fricopan acquired the Immekath factory in 1996 and transferred all production to the site following the closure of an original facility in Garching, near Munich in 2001. In 2008 Fricopan became part of the Aryzta group.

The mooted closure of the Immekath plant has been attributed by Aryzta to financial challenges, with the plant’s lack of profitability meaning that necessary investments would not be viable, a company spokesperson is quoted as saying.