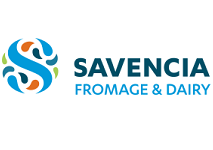 Savencia Fromage & Dairy, a specialist in cheese and value-added dairy ingredients, is set to close its production facility in Saint-Saviol with almost 100 jobs affected, according to reports in the French media.

The factory, which Savencia Fromage & Dairy acquired from Lescure in 2013, will reportedly cease operations in October 2019.

La Nouvelle Republique reports that the cheesemaker had invested up to €12.5 million ($14.0 million) in the plant shortly after the acquisition, but that the site had struggled to be profitable in subsequent years, culminating in a reported loss of €4.9 million ($5.5 million) in 2018.

Savencia Fromage & Dairy operates a total of 21 sites in France, and dozens more across other countries in Europe, according to the company website. The Saint-Saviol site produces cheese under contract for France’s leading supermarkets, as well as Savencia Fromage & Dairy’s own Mottin Charentais brand of soft cow’s milk cheese.