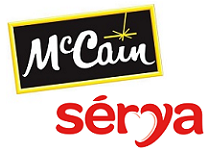 McCain, the leading frozen potato firm, has announced the acquisition of a 70% stake Serya, a Brazilian food company which manufactures pre-formed potato specialities.

Founded in 2015 in the state of Minas Gerais, Serya is described as having new, high technology facilities that allow it to produce a wide range of potato products for the Brazilian market. The firm’s website lists products including potato shapes and ‘noisettes’ with Forno de Minas cobranding.

McCain itself partnered with Forno de Minas last year, when it took a 49% in the ‘cheese bread’ specialist.

“Brazil currently reports as the 5th largest market in the world for frozen french fries, with broad potential to become the third largest market by 2021”, commented Aluizo Neto, managing director of McCain in Brazil, who from now on will also lead Serya’s operations.

News of the deal follows an announcement in the past few days that McCain will also be investing $300 million in its potato processing facility in Othello, WA, USA.