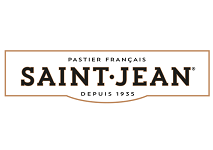 Saint Jean, the specialist in fresh pasta and Italian ready meals, is spending €48 million ($54 million) to add a new plant at its production site in Romans-sur-Isere in the Drome department of south-western France, according to a report in Les Echos.

The first phase of the project reportedly includes a 7,500 sq m manufacturing facility with six production lines, and a 6,000 sq m logistics operation, due to be operational by late 2020 or early 2021. In a second phase, the company plans to build 4,700 of office space and 2,000 sq m of technical premises.

The new plant will reportedly allow Saint Jean to dedicate its existing factory on the site entirely to ravioli manufacture.

The company is said to have invested €73 million ($82 million) at its sites in  Drome, Isere and Ain in the last 10 years.