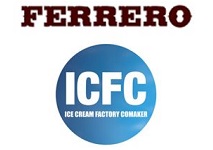 In a joint press release, Ferrero said the acquisition reinforced its commitment to satisfying consumers’ needs in different categories.

ICFC is a global food company specialised in designing and manufacturing ice cream cones, sticks, tubs, lollies and cakes in more than 15 countries. In addition to contract manufacture, it has a brand portfolio that includes Puleva, Hero, Pico and iChoc.

Run by the Lamsfus family, which will remain a shareholder of the company, ICFC employs over 700 people in its two facilities in Spain and Italy.

The transaction is expected to be closed by the beginning of July 2019 .