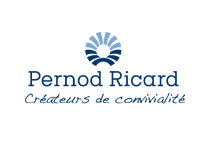 Pernod Ricard, the world’s world’s co-leader in wines and spirits, has announced a “return to growth” for the first quarter of 2014/15.

“Continued growth” in the Americas (3%) and a “gradual improvement” in Asia-Rest of the World (4%) contributed to the results.  However performance in Europe, where sales contracted 1%, was described as “mixed”, and the company also reported a 3% decline in its Priority Premium Wines segment.

Commenting on the results, Pierre Pringuet, Chief Executive Officer, stated: “Pernod Ricard’s return to growth in the first quarter illustrates the Group’s resilience in a difficult context. We are confident in the strength of our portfolio and distribution network. The roll-out of project Allegro will contribute to strengthening our operational efficiency”.

Alexandre Ricard, Deputy Chief Executive Officer and Chief Operating Officer, added: “For the full financial year we anticipate a gradual improvement in sales, in an environment that will remain difficult. We plan to increase investment behind our priority brands and innovations. As a result, our 2014/15 guidance is organic growth in profit from recurring operations between +1% and +3%”.