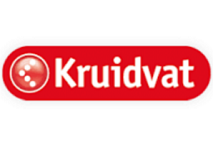 Kruidvat, one of the Netherlands’ leading health and beauty chains, has opened its first store in France, according to a report in AD.

Located in the northern French city of Lille, the new store  is described as a pilot move to evaluate the possibility of further expansion into the country.

According to AD, Kruidvat CEO Gerard Breen sees opportunities in a country where currently no major discount high street health and beauty is present. “In one store we can sell more than 10,000 health and beauty products in addition to fashion goods, confectionery, toys and gifts, with weekly changing specials”, he commented. “French consumers will be able to find everything in one place, without having to travel miles to a hypermarket on an industrial estate on the edge of town”.

Mr Breen refused to be drawn on precise expansion plans in France. “Next year we will certainly look to have a number of branches’,’ he said. “We will carefully evaluate our experience in Lille”.

Kruidvat currently has around 900 stores in the Netherlands and in the order of 200 in neighbouring Belgium.