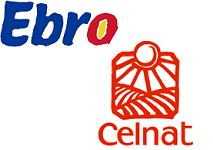 Ebro Foods, the Spanish food firm, has announced that it is acquiring French organics food firm Celnat for €25.5 million ($27.8 million).

Celnat is predominantly a producer of cereal-based goods and has a product range that it includes flour, grains, breakfast cereals, pasta, rice crackers, dried fruit and supplements. The firm  posted a turnover of €22 million ($24 million) in 2015, 20% of which was generated on foreign markets.

Ebro said that the acquisition, which is being completed through Ebro’s new Alimentation Sante division, would enable the firm to boost its position in the healthy food segment, attach greater importance within the group’s activities to the organic category and strategically position itself within new food trends.

Celnat is Ebro’s second French acquisition within the past 12 months, with the firm also having purchased the fresh food specialist Roland Monterrat in July 2015.