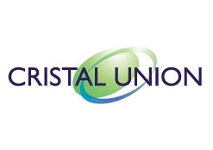 Cristal Union, the number two sugar firm in France, has announced plans to close two facilities in response to oversupply and falling prices in the sugar market.

Usine Nouvelle reports the firm, which markets the Daddy brand, is to shutter its plants in Toury, Eure et Loir and Bourdon in Auvergne, with more than 300 jobs affected. It is also said to be considering reducing activities at its Erstein packaging site by 50%.

The decision follows a loss of €99 million ($111 million) posted by Cristal Union in its 2018/19 financial year as result of a poor sugar beet crop and low prices, Reuters adds.

Cristal Union is not the first sugar firm to announce plant closures in France this year as a result of pressures in the sector. In February, global leader Sudzucker revealed plans to end operations at three of the sites operated by its subsidisary Saint-Louis Sucre.